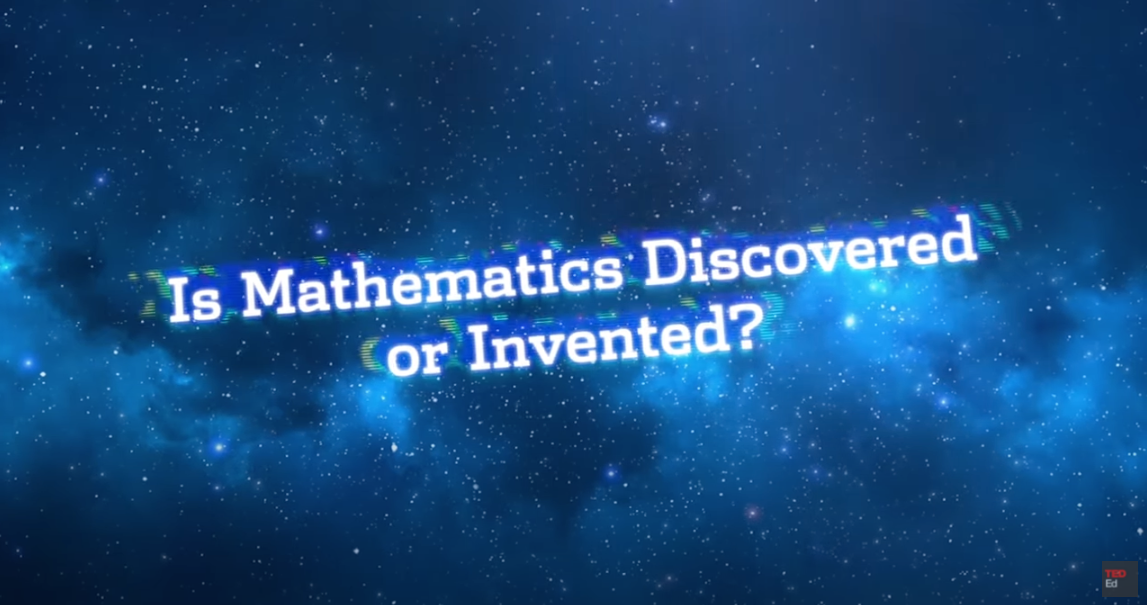 The Origin of Mathematics—another explanatory video for TED-Ed

Man, I am not good at math. In fact, my nine-year-old daughter recently asked me to help her with her homework and when I said sure, she replied, “Oh, I was just kidding. You’re not good at math.” So, yeah.

But I was completely thrilled to work on this video about the origins and nature of math with educator Jeff Dekofsky from the Saddleback Valley Unified School District in Viejo, California, and the folks at TED-Ed. You know why?

There’s no “math” in it. TED-Ed’s latest video goes deeper than numbers and equations—it’s a consideration of the very nature of mathematics:

Would mathematics exist if people didn’t? Since ancient times, mankind has hotly debated whether mathematics was discovered or invented.

Did we create mathematical concepts to help us understand the universe around us, or is math the native language of the universe itself, existing whether we find its truths or not?

Are numbers, polygons, and equations truly real, or merely ethereal representations of some theoretical ideal?

At first, those of you who aren’t math-inclined might think, “OK, wait. The only thing worse than doing math is talking philosophically about it.” I might agree. But that’s why we tried to make this one especially interesting and fun to watch. Think “Mathy Python.”

We hope you enjoy it!

About TED-ED: “TED’s mission is to spread great ideas, including great lessons developed to provide free educational content for youth. With these goals in mind, TED launched “TED-Ed,” a service designed specifically for teachers and learners.”

About Tremendousness: We visualize information to drive understanding. Everything we design helps a person, a group, an organization, a country, or a planet communicate something they consider important to another planet, country, organization, group, or person. Tremendousness has ofﬁces in Saint Louis, Missouri and Washington D.C. You can contact us here.

The images in this video are either created by Tremendousness, in the public domain, or licensed under Creative Commons by Smithsonian’s National Zoo, Denise Chan, Mary Harrsch, Lindsay, Jonathan Johansen, Paolo Neo, David Goehring, Nadya Peek, Robert Couse-Baker, Stevie Gill, Elliott Brown, and Stig Nygaard. Thanks for making your images available for education!