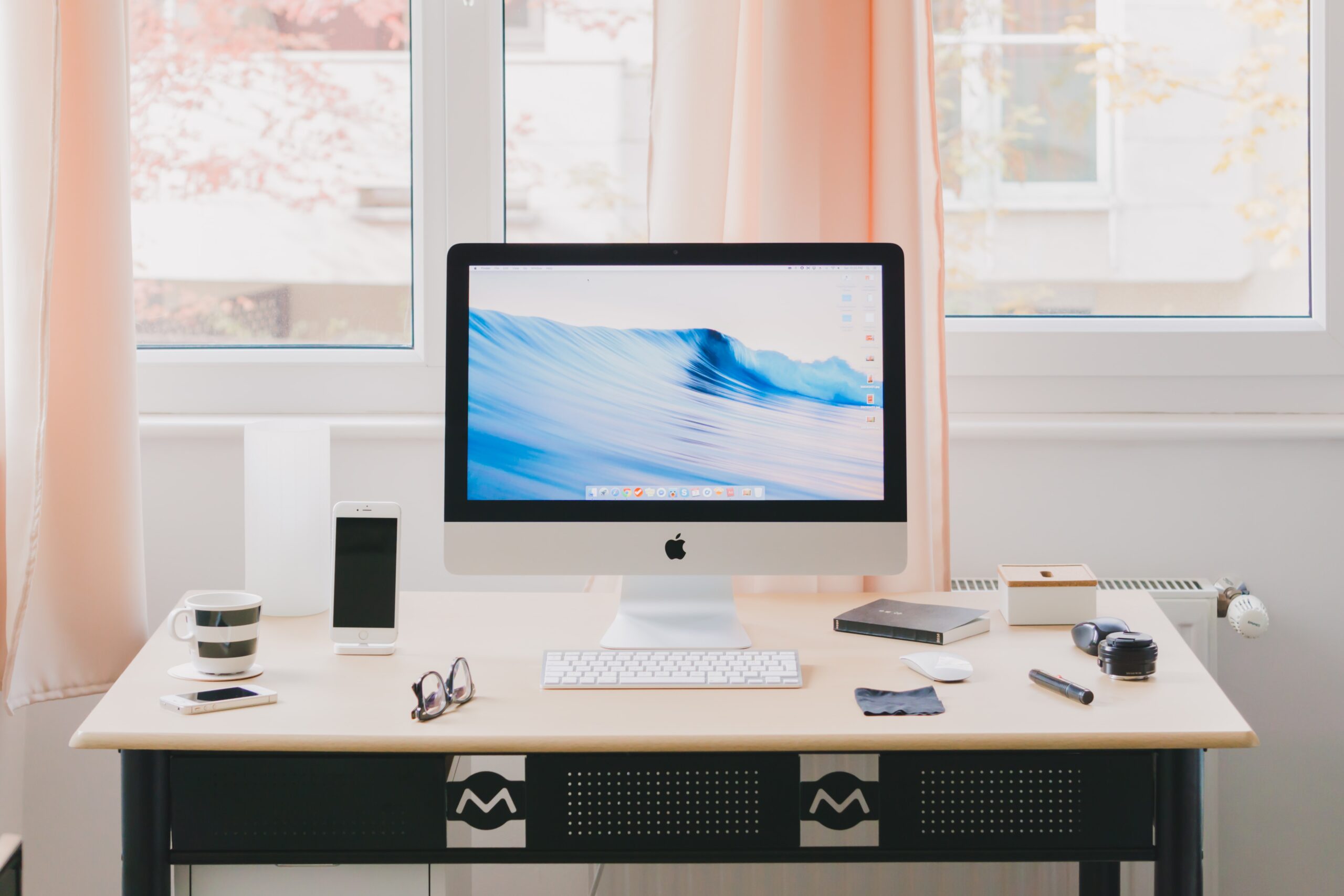 A few days ago Linda Dong posted this fantastic overview (seen via Swiss Miss) that rekindled my interest in exploring Apple’s Keynote software for motion graphics. Her video is fun, clever, eye-catching, and expressive, and is an exciting exercise not just in what’s possible, but how to do it.

Seven or eight years ago at XPLANE, in a fit of “Oh shit I want to make a simple animated video but I’ve got a small budget and no After Effects skills,” I started exploring Keynote as a way to create animated explanation and story videos. After a few smaller test projects, the first real and promising result was XPLANE’s 2008 video, “Imagine Leadership,” created for Nitin Nohria, soon to become the Dean of Harvard Business School.

I did several more over the next few years but my favorites still are 2009’s “Did You Know 4.0” (which now has +3.6 million views) and “Different,” created for HBS professor Youngme Moon in 2010. Later that year I wrote a post for xBlog that explained my affinity for Keynote as a “good enough” motion graphics tool, and the following year I wrote another with specific approach, story, and animation tips. For some reason those have been deleted from the xBlog archive so I’m reposting them below.

Here at Tremendousness, we’ve moved pretty firmly into using Adobe After Effects for our explanatory videos, including The Sugary Truth, How does the thyroid manage your metabolism?, Who uses student data?, Sugar: Hiding in Plain Sight, Is Mathematics Discovered or Invented?, and many more. But seeing Linda’s pure fun Keynote explorations has me thinking again…

Originally posted by Bill Keaggy, Saturday, August 28th, 2010 at 7:18 am (reposted here because the original XPLANE link has been deleted: http://www.xplane.com/xblog/2010/08/28/apple-keynote-for-video-hell-yes/)

Last year XPLANE started experimenting with something some call “Ballroom presentations.” We like to call them “Did You Know?” videos. They’re short videos that use simple motion, graphics, illustrations, text and photography to explain something or make a point.

The popularity of our “Did You Know? 2.0” video got us a lot of attention (4 million views worth of attention, and counting). With its release, more and more organizations started asking for something similar.

So we decided to put some more muscle into these videos by requiring less muscle. Instead of using Flash to build DYK videos we started to experiment with Apple’s Keynote presentation software. Which meant that people who had never touched Flash or Final Cut Pro could easily try their hand at motion graphics.

Now, you may think of Keynote as the designer’s version of PowerPoint — which it certainly is — but I think of it as low-end video software.

Why? Keynote exports to Quicktime. You can set timing on slides and apply builds and motion to objects and type on those slides. That means you can make videos. Like this one…

And this approach works rather nicely for straight-forward, linear presentations. Presentations that are meant to be read — with a soundtrack and no voiceover. Obviously Flash, Final Cut, etc are much, much, much more powerful than Keynote, whose timeline and audio capabilities are pretty miserable (but hey, it’s presentation software, right?).

So comparisons aren’t fair. I can take a great photo with a Polaroid or my iPhone without worrying about how it compares to the latest dSLR. They’re just different.

That said, at a certain point it became a challenge to ourselves to really see how far we could push software designed to make presentations, not videos.

Keynote can be learned very quickly. Try it, you’ll see. Writing a good script, storyboarding meaningful content, creating quality artwork and managing projects like these is the hard part 🙂 By the way, we use Apple’s Garageband to add music and sound effects.

To help you get started you can download the Keynote source of DYK4 here so you can get a feel for what Keynote’s settings do.

If anyone’s interested in more Keynote tips let us know. And if you make a video with Keynote tell us about it in the comments.

Our earlier post on making informational videos in Keynote generated some questions, so I’ve rounded up a few tips.

A Keynote video we made for Nitin Nohria, dean of Harvard Business School.

1. On goals and purpose

Over the last few years we’ve found that in some cases, a Keynote-authored video is what you might call the “good enough” solution. Full animation can be complicated, expensive and time-consuming. Don’t get me wrong — we love it, it’s beautiful, but it’s not always needed. Keynote lets you create and edit presentations, make things move, is ridiculously easy to learn and exports to Quicktime, including easy exports for iPhone. That’s the “good enough” part — but of course technology isn’t all you need. You better have a good story and visuals too.

Know your material. Be aware of possible copyright issues with that material. Set a time limit (between one and four minutes is a good window) for your video. Then write a script and edit it mercilessly. Each chunk needs to be very short — you just can’t have a full paragraph on a screen. Use facts, stats, short lists, and simple sentences.

Once you’ve got a script, figure out what look and feel is going to be best for this specific content. Typography really matters here because your audience is going to be reading text within a video for several minutes. Make sure it’s readable and appropriate (and use Master Slides so you can control your main fonts globally). Avoid the temptation putting drop shadows on every object, or making everything big and bold. If everything is big and bold, then nothing stands out.

Storyboard your script and iterate based on feedback with friends and colleagues. If you haven’t yet played around with Keynote, do it now. You’re going to need to know what transitions and moves are possible as you storyboard. Keep it simple. Once you’re working in Keynote, remember that one of the software’s most powerful features is “Media Placeholder.” This allows you to replace art on a slide even after you’ve assigned builds and animations to it. So unlike PowerPoint, you don’t have to redo a bunch of work just because you’ve updated the art. Keynote also has a “Text Placeholder” feature.

Chances are that your first export is probably going to move either way too slow or way too fast. Be careful: Because you’re very familiar with the material it’s going to be easier for you to read it even if it’s too fast. Have a different friend of colleague review it each time.

Speaking of pace, to keep things moving it’s better to make the transition itself happen as fast as possible to leave more time for the message. We tend to avoid “out” builds and animations for objects and leave the clearing of the screen to the slide transitions. For the most part, try to transition to a screen with already something on it — as opposed to a blank that now needs to be filled. Lastly, mix the transitions up. Left, right, up, down, in, out, wipe, zoom, type only, back to image etc. Avoid the gimmicky transitions like “Revolving Door” or “Sparkle.”

Keynote doesn’t have layers to work in so once you’ve got a few different overlapping objects on a slide, things get messy pretty quickly. It’s hard to grab things behind other objects. One way around that is to split up complicated animations and builds over several slides. By using no transition between the slides they blend together seamlessly. One annoying thing to note is that there is no artboard available above or to the left of the slide. That makes it difficult to place objects there if you need them to move in or out of the screen. Also, we highly recommend that you save any assets as individual named file, then place them into the movie — this allows each object to have an identifiable name within Keynote. If you cut and paste art from another application, every object will be labeled “Untitled” in the animation window.

The Economist‘s DYK4 video is full of funky little Keynote tricks. You can download the source here.

Because Keynote is just “good enough,” you’ll end up needing to figure out all kinds of hacks to accomplish simple things that would be no problem to do in Flash or After Effects. But it’s kind of exhilarating how you find yourself creating a bunch of semi-brilliant little workarounds to achieve the effect you’re looking for. So get really familiar with the program and solutions should just start coming to you.

9. On music and voiceovers

Face this fact: Keynote is terrible for soundtracked and narrated videos. This is where Keynote’s “good enough” just isn’t good enough. It allows you to add music or narration to the whole preso, or to individual slides, but there are several issues.

For animation, you’ll want to use the Custom settings. We’ve found the following works nicely.

So… what else do you want to know? Leave your questions and comments below and we’ll tackle those in future Keynote video posts.

Photo by Norbert Levajsics on Unsplash.