When Christina and I started working at Tremendousness last year, neither of us knew what “graphic recording” was. We’d both studied traditional illustration in art school, encompassing primarily editorial, books, comics. There, we typically worked on single images for substantial stretches of time (often two weeks or more), refining them through multiple rounds of peer and professor critique, until we arrived at the smartest, most communicative, and most polished iteration of a single idea. Then we’d dust ourselves off and move on to the next project.

Graphic recording, or visual capture, was very different from what we’d done before. We never anticipated we’d be drawing rapid-fire on the wall in business meetings and off-site gatherings at our first job. This isn’t to say the lessons we learned in school aren’t useful for graphic recording—our general design and drawing skills give us a definite leg up from someone with no visual communication experience. 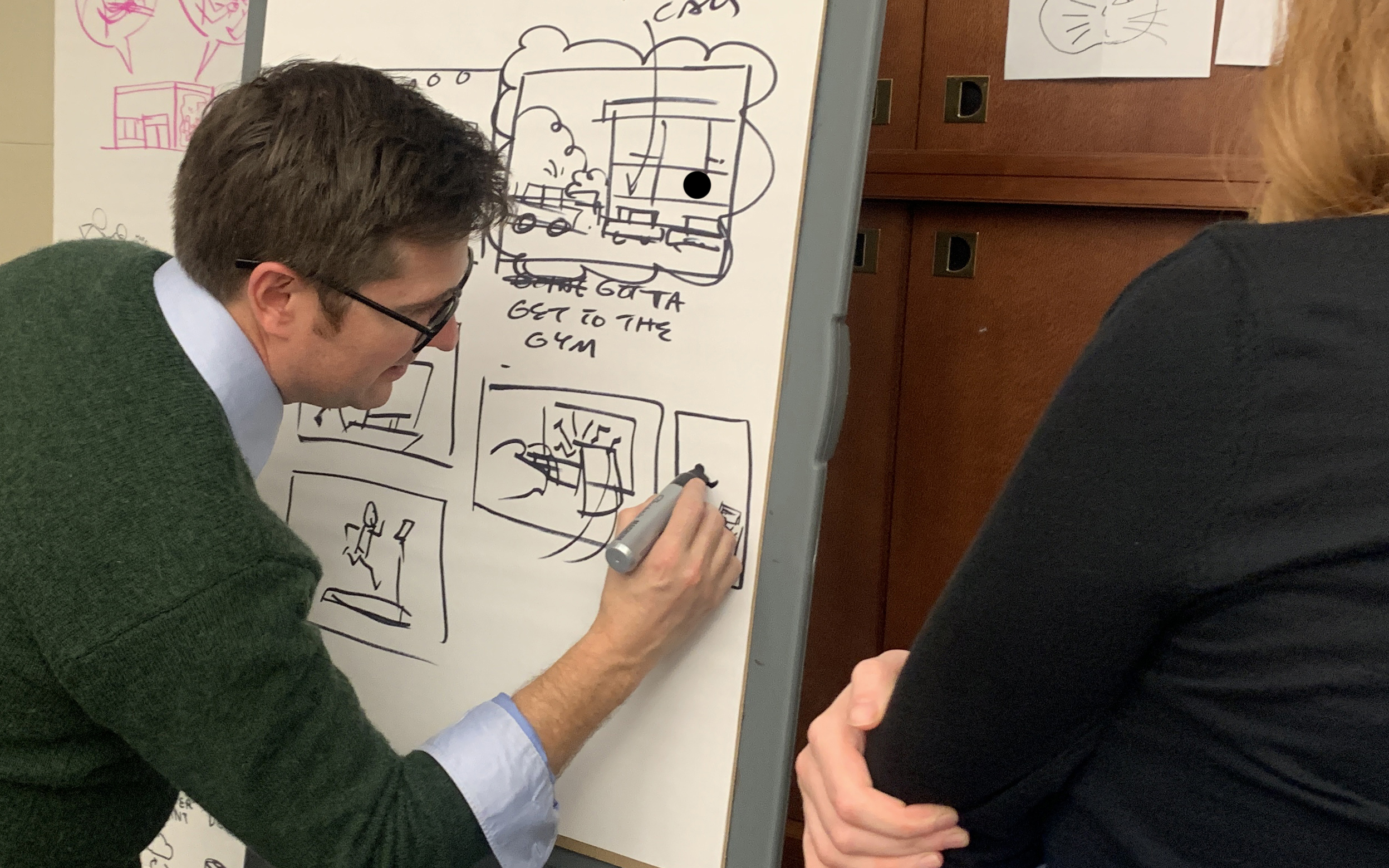 But the visual capture we do in graphic recording is a distinct skill from traditional illustration. Unlike the projects we did in school, this discipline is all about speed. When you’re capturing a meeting, you have to listen, process, come up with an idea for a visual, draw it, and label it—all in mere seconds. And you’ve got to be sure to hear and capture what was said while you were drawing what you just heard. It’s a frantic art and can be a daunting proposition when you’re just starting out.

As with many skills, the only way to get better at this challenge was to practice. For a while, we tried drawing vague prompts on the wall in the office here and there—usually various categories like “people,” “animals,” and “words”—but the lack of structure and contextual time pressure made this practice difficult to translate into session work. Eventually, our colleague Drew suggested we implement a daily exercise: he would give us a business concept (like “brainstorming” or “speed to market”), and we would have to draw it within a minute and send our drawings to him. He would then give us a couple suggestions on possible improvements and show us his own drawing for the concept.

The entire exercise can be completed in a few minutes, and since we’ve incorporated this challenge into our daily routine, it’s proven hugely helpful for improving our live sketching skills. Not only has it helped us to think on our feet and generate quality concepts quickly, we’ve also built a mental repository of go-to concepts we can utilize in sessions, speeding us up even further. Sometimes a bite-sized daily exercise is all you need to improve a skill. The important thing—or at least the aspect that has made this habit successful for us—is the consistency and relevance of the practice.

Now if you’ll excuse me, I have to do my daily drawing. The concept is “customer experience.” Why don’t you take a minute and give it a try too?