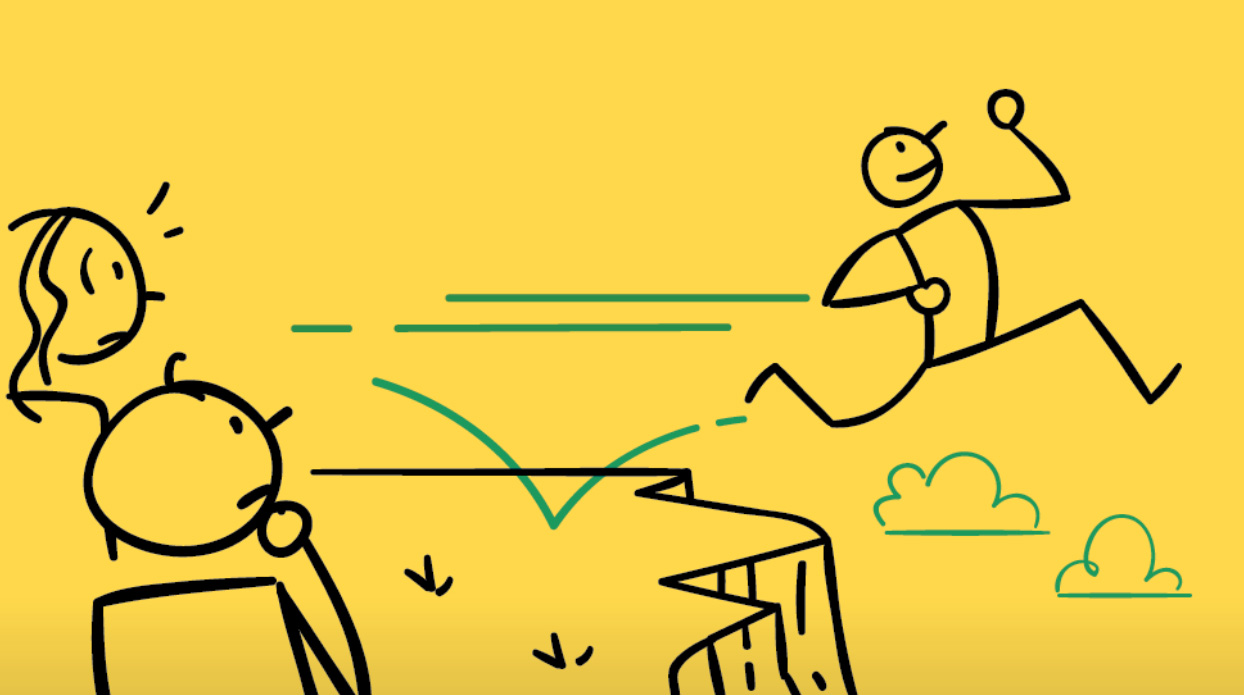 We use visual metaphors a lot. They’re a powerful way to make a point quickly and many easily lend themselves to fun, illustrative treatments. However, they can be tricky to work with. I recently had to call on past experience to get me out of a sticky metaphor dilemma.

I was in the middle of a graphic recording session with a large client. The group was brainstorming ideas and I was sketching quick visuals on the fly. This is kind of a “lightning round” exercise—the quicker you can draw the better. There was a facilitator capturing ideas on sticky notes so I could keep up. I get to the next sticky and it reads, “Don’t save people from mistakes.” It’s a great concept—essentially allowing people to make mistakes so that they learn from them.

My first thought was, “person running off a cliff.” Except, no… probably shouldn’t use that. Too grisly.

“Slipping on a banana peel?” No. Certainly they would want to save people from physical harm.

So now the clock’s ticking; I’m thinking way too long about this. My brain keeps generating concepts that technically work—but all end horribly. They leave you with a bad feeling, which is not what we want.

Then I flashback to 10 or so years ago. We had a client who wanted to show their team training to “blow the competition away”. They’d specifically asked for a military metaphor—scenes with soldiers, boot camp, etc., culminating with a jet fighter literally blowing away the competition.

Eventually some people on the client side suggested, correctly, that the military angle was too violent—particularly the jet. But by this time the whole page had been illustrated. We basically needed to either start from scratch or somehow re-skin the entire metaphorical approach.

The group agreed to switch metaphors to training for the Olympics and I thought that was a great solution. Military training turned into training for track and field. Blowing away the competition became winning the gold medal. With most sports metaphors you can show competition, teamwork, and winning without negative or violent connotations.

So I snapped back to the present moment, trying to visualize allowing people to make their own mistakes, and it suddenly dawned on me: sports! The “mistake” I’m looking for could be an ‘own goal’. I quickly drew up an American football scene with a player happily running the wrong way. To really sell it I drew another player pointing to the correct goal. Job done—and nobody got hurt (they’re literally wearing helmets). 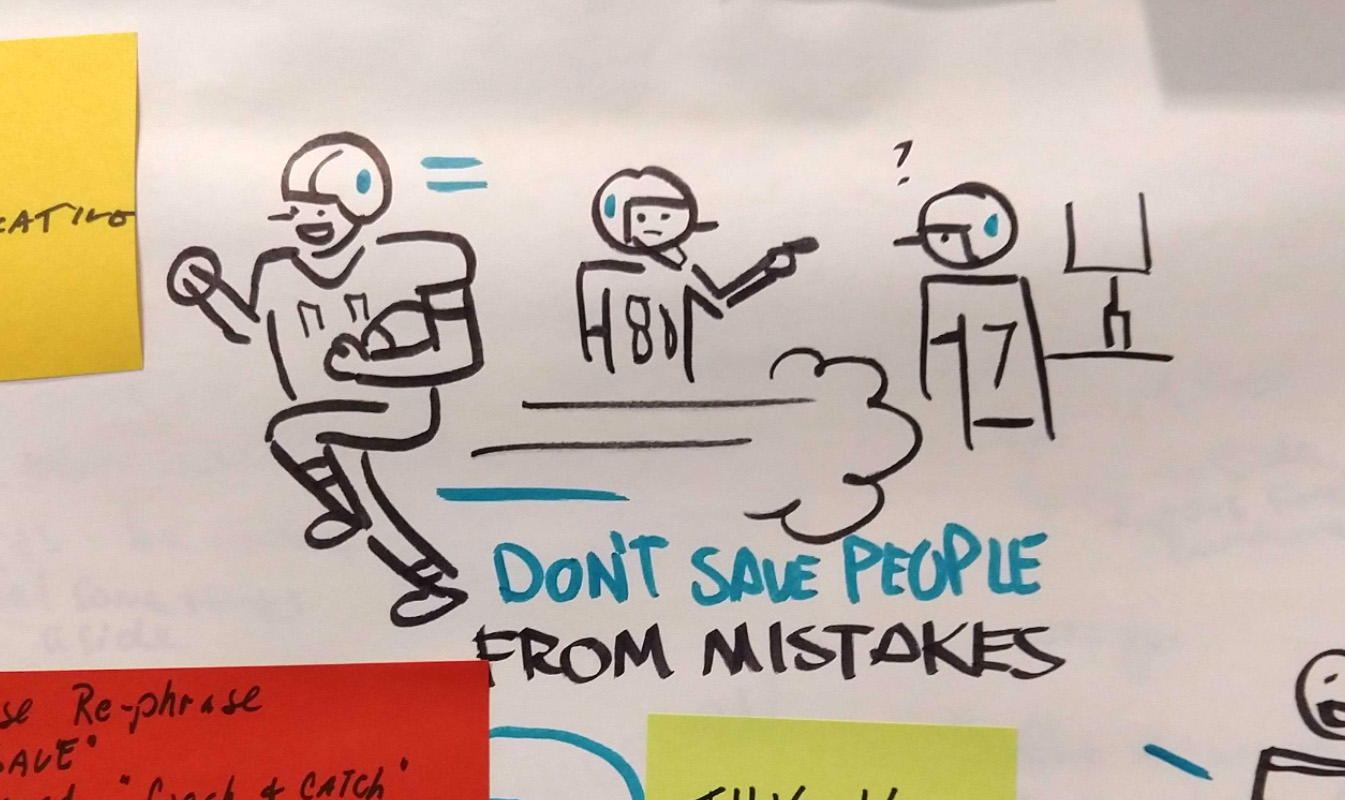 You must choose. But choose wisely, for as the true Grail will bring you life, the false Grail will take it from you.

—The “Grail Knight” from Indiana Jones and the Last Crusade

Yes, visual metaphors can be tricky—not exactly life or death tricky, but tricky nonetheless. A lot rides on choosing the right one (should it be funny, serious, neutral?) and a lot of factors come into play regarding how people will receive/understand them (different cultures, experience, language).

Image: illustration by Ted May / Tremendousness.