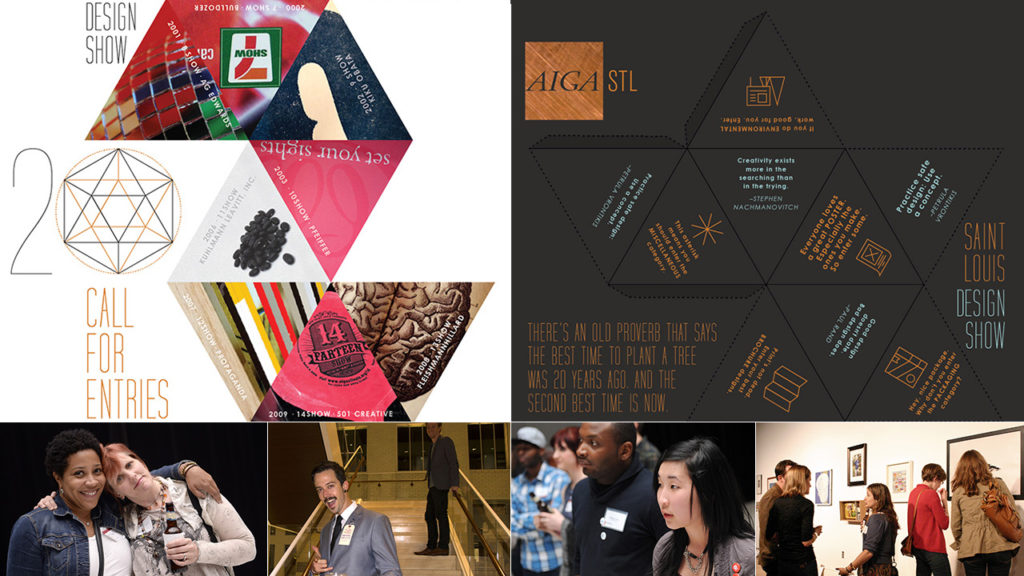 In September, we were honored to be asked to create the identity for the upcoming AIGA STL Design Show. This happened around the same time as STL Design Week 2014—and I had palpable desire to keep the momentum going that I felt happening in the design community. Maybe it was the beautiful weather, but there seemed to be a remarkable sense of camaraderie and participation.

St. Louis design firms generally have held their cards close to their vests; often it doesn’t feel like there’s a lot of sharing going on. I think this stems from the roots of design here—ferocious contention for a few large, local clients. It was a small, live-or-die competitive atmosphere.

And while we’re not much bigger these days, the last Design Week felt like a shift is starting to happen in participation and engagement. It’s in these pockets of activity that it feels like people want to share more: successes, experiences, processes, lessons learned. I know my perspective was directly affected by attending a great Design Week Q&A with some local designers, and that was part of what influenced the direction we took with this year’s approach. 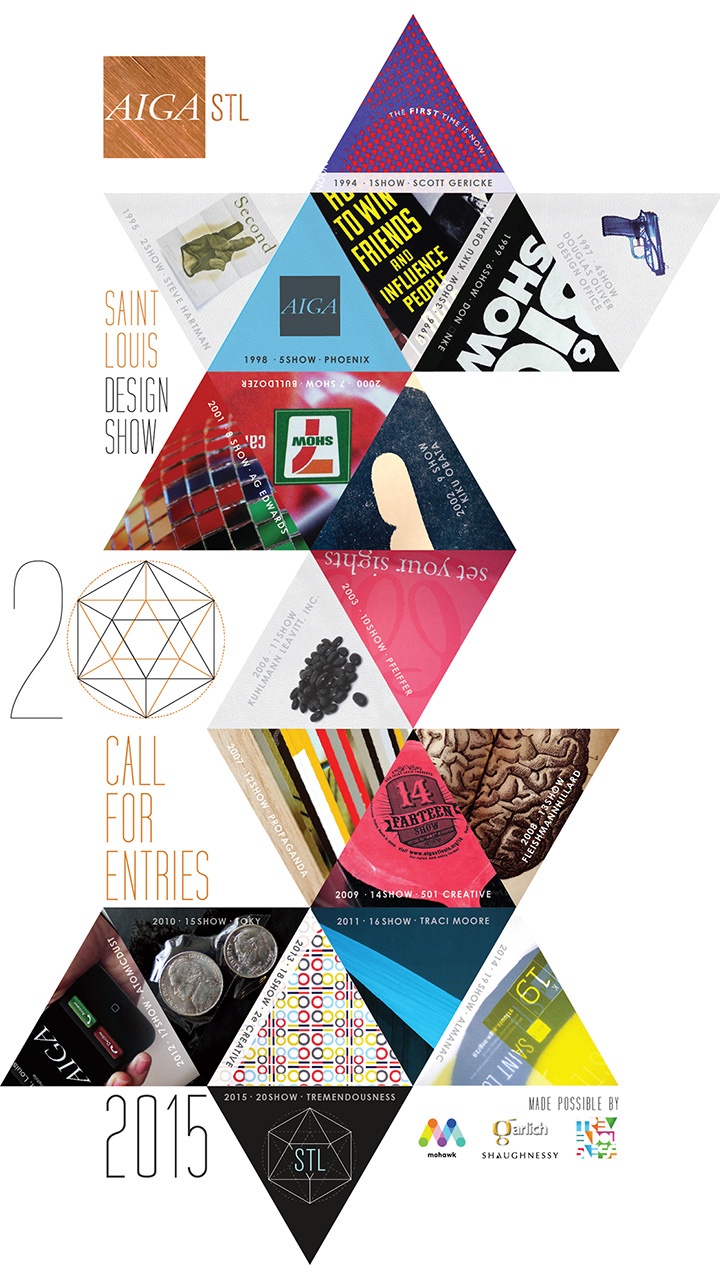 We had a great, round number work with. The 20 Show. We came up with a bunch of ideas but ultimately landed on a twenty-sided object (otherwise known as an icosahedron, but you probably already knew that) celebrating the history of the show. We felt that this year should be a real tribute to the people and firms who’ve contributed to the community. Hindsight is 20/20, after all.

So this year’s theme celebrates our community and our growth. And it’s begging you, Mr. of Miss STL Designer, to step up and take show your STL pride by participating. This isn’t a big enough place to be a bystander—we need to actively, consistently work build something bigger. We can’t build anything if we don’t aspire. 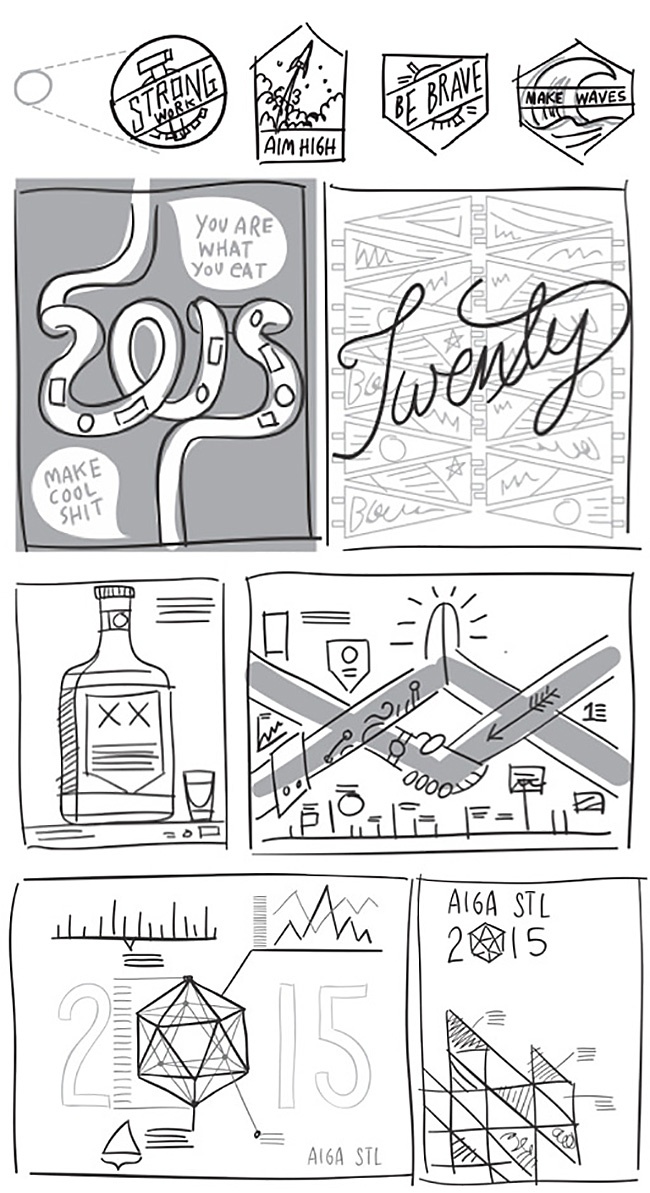 Here are some of our original concepts; some in jest or perhaps a nod to a former Design Show judge. But all are meant to celebrate the successes of the past, to recall a spirit of community and collective pride. There were pennants, badges, whiskey, guts, Roman numerals, neighborhoods, data dumps, and more. But the icosahedron won out. It covers the most ground and is interactive—you can cut it out to create your own 20-sided die. It’s your choice whether you want to use the front (design show history) or back (inspirational quotes) design.

Ultimately, The 20 Show is a call for everyone to claim their turf, or at least proclaim, “I’m here—I’m part of this.” Try. Succeed. Or maybe fail. But learn. Then try again next year. And the year after that. Be a part of this.

So, are you entering? You should. Maybe you’ll win, but more than that—being part of this is an investment in our community and a great way to share and learn.