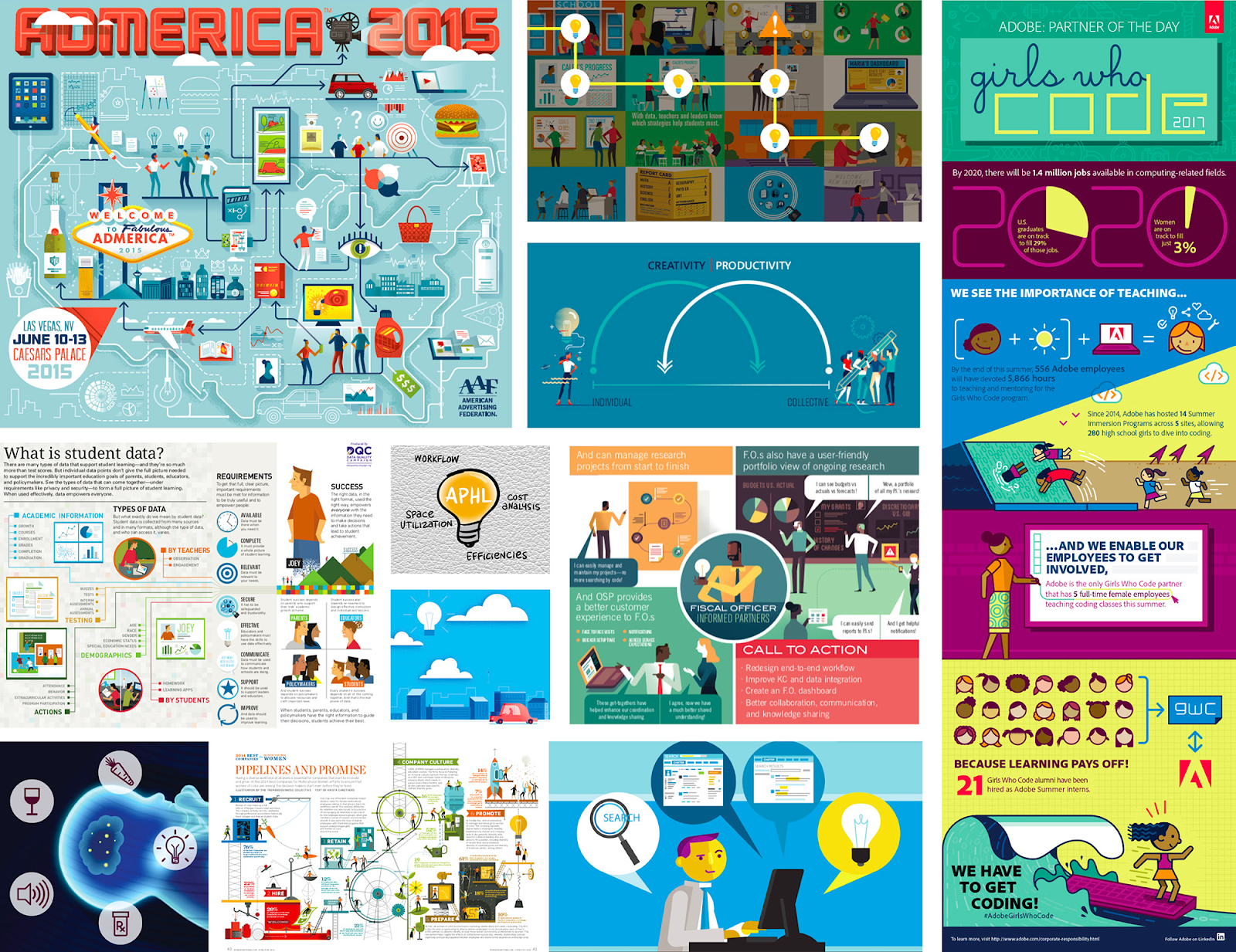 Contending with clichés in visual communication: the “idea!” light bulb

A light bulb floating over a group of people as they smile and react ecstatically.

A light bulb in hand.

A light bulb on a document.

A light bulb as a hot air balloon.

When you need a quick visual shorthand for “idea” or “creativity” or “breakthrough” or any classic “a-ha!” moment, you go with the light bulb. Almost everyone doing visual communication does, and I’ve always been ambivalent about this. I mean, it’s fitting—but also expected. It’s effective—but not very powerful. In today’s high-tech design and communication world, it just seems like an uncreative way to represent creativity.

But is there a problem here, or not?

Like any communication design decision, it’s all about context.

Road signs have been standardized for easy recognition, improving safety. Repeatedly reinventing the stop sign would be dangerous.

And while it’s unlikely our infographics, presentations, illustrations, and animated videos are used in high-speed, life-threatening situations, we know they’re frequently used to both speed up and improve understanding—and people’s lives. That’s a key part of the importance of visual communication and is core to our work.

So my approach to the light bulb question is that if the story we’re telling simply touches on having an idea or being creative at a high level, then a lightbulb makes a lot of sense (especially if you don’t have much space to work with). People will get it quickly, with no hiccups. It works. But if the story we’re telling is more detailed, and includes creative processes or actions that lead to a specific breakthrough or result, then we should bring those specifics to life in a meaningful visual way.

For example, if step 4 of a process overview is “Brainstorm”, then a small vignette of people collaborating at a whiteboard with a light bulb over their heads can work. Even just the lightbulb will work. But if step 4 is part of a deeper narrative that gets specific, say “Build value through creative intellectual property by investing in recruiting and talent development”, and includes explanatory detail text, then you need to do what you can to bring that specific scenario to life—to give it meaning—because something as simple as a light bulb probably isn’t enough, given the context.

Another reason may be that you have a client who simply prefers you to do some original thinking in your visual storytelling, and would rather not use the tried and true light bulb. Again, it’s all about context. But what good is a novel way of visually representing anything in an infographic if it can’t be easily understood? (I’m talking about from a design/business communication context here, not an art/self-expression context.)

Maybe this isn’t especially insightful, but it’s no easy trick to come up with a new idea to represent new ideas. 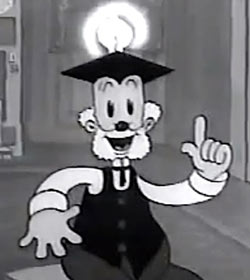 We don’t really know why the light bulb came to symbolize good ideas. Some argue it’s because our brains literally fire with electrical currents as we process thoughts and arrive at insights. Others say it’s because the light bulb itself, and its association with Thomas Edison, prototypical idea man, made it an obvious visual symbol.

Or the fact that the term “bright” came to also mean “clever” a while back. Similarly, maybe it’s because “bright ideas”, which are the kind we very much prefer, deserve an icon that’s literally bright and illuminating. Speaking of illuminating, could it be that the “Age of Enlightenment”, when new ideas began to drive us into the modern world, should get the ultimate credit?

The best I can tell is that maybe the early 20th century cartoons Betty Boop or Felix the Cat are to blame. They might have been the first to popularize the light bulb as idea symbol. In Betty Boop, inventive Grampy’s thinking cap had a light bulb on top that lit up when he had an idea. And in the old Felix cartoons, items and symbols would appear above Felix’s head when he was thinking or communicating, and he sometimes used them as props. That said, Felix’s animators also seem to have used a teapot as a visual metaphor for ideas. Unlike the teapot, at this point there are many reasons why the light bulb just makes sense.

So it’s no wonder that it eventually caught on, like any good idea.