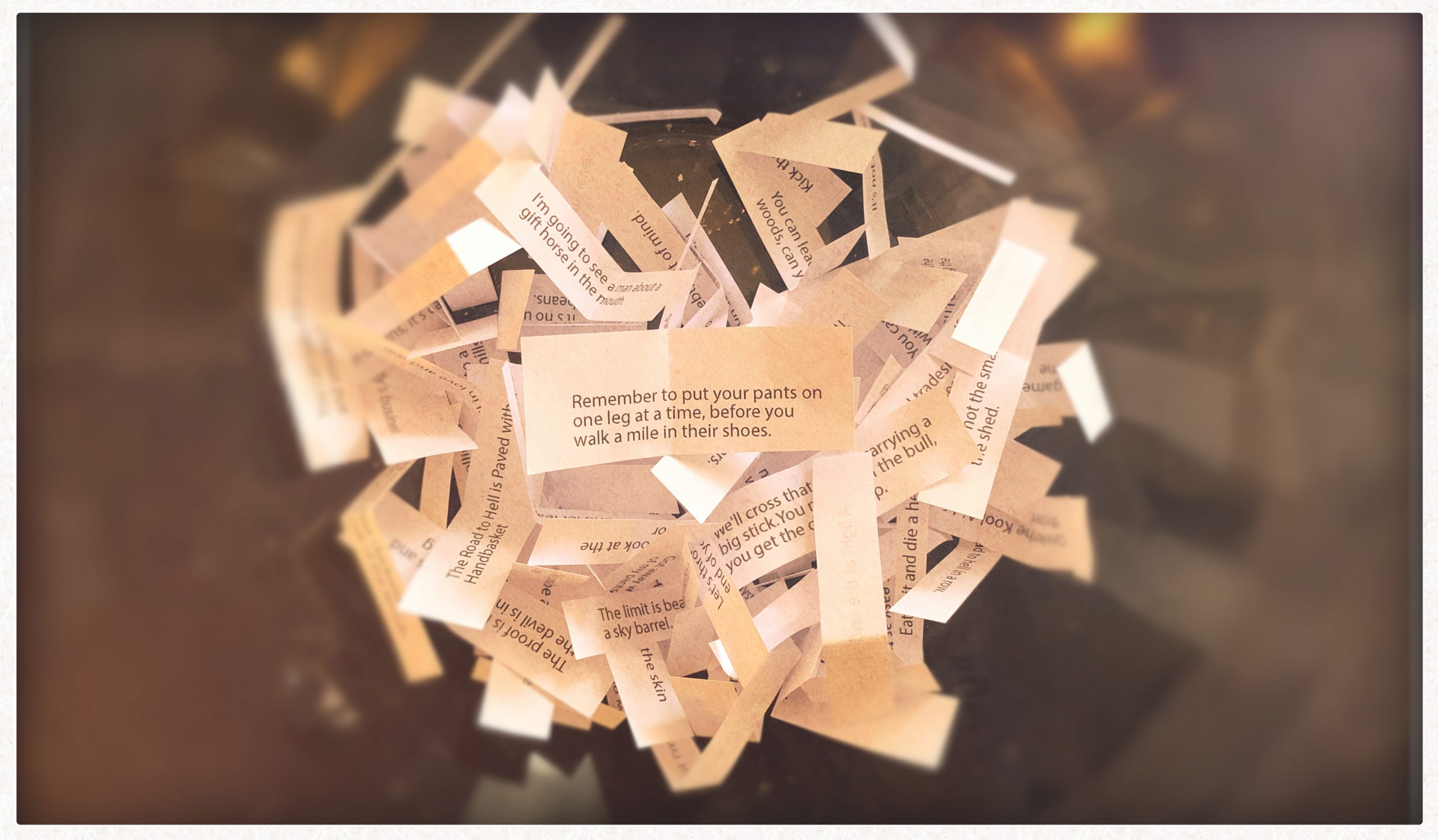 Another fun way to practice visualization

We decided that in 2020 we would revive our happy hour jam sessions. We’re growing, and they’re a great way to train up new people, socialize with the community, and have fun while learning.

These get togethers were started a long time ago at XPLANE as Visual Thinking School. When Tremendousness was born, they became SESSION. And now, after a hiatus, they’re back as Crappy Hour (Creative Happy Hour!).

Partner and Illustration Director Chris Roettger organized January’s, and rather than detailing the entire agenda, I’ll just say we had fun. The main feature was a mixed metaphors version of mutated Pictionary in which teams had to visualize and guess common phrases and idioms… that had been mashed together*.

“A good tradesman never blames the sharpest tool in the shed.”

It was harder than you’d think. But there was beer and snacks!

In the end Team 1 beat Team A—who had been leading the entire night—during the final double points lightning round.

Pictionary-style games get everyone drawing, talking, thinking on their feet, and laughing.

So the next time you want to do some teaching or learning, maybe make it more of a party instead of a class.

*Here’s a PDF so of the phrase mash-ups so you can play too: Mixed metaphors.pdf. Just cut each one out, fold, and place into a fishbowl. Have fun!